Capabilities:
Get the 15-Day FREE Trial

If You're an Analyst Who Needs To...

Learn and Use Analytics

Work with a Developer

Want to work with a developer in your company who doesn't use Excel, to turn your Excel model into a deployed application -- without rewriting it in a programming language? With RASON, we can make this radically simple.

Powerful, Comprehensive Predictive and Prescriptive Analytics, Made Easy in Excel

Use Your Model in Excel Desktop, Excel for the Web, Power Platform, and Your Own Apps

Learn Predictive and Prescriptive Analytics from the Experts

For business analysts, learning to build effective data science (predictive) and management science (prescriptive) models can be a bit intimidating.  You're likely comfortable with numbers and Excel formulas, but you might not have used methods from probability, statistics, and linear algebra since college courses long ago.  You're in the right place to learn -- we specialize in teaching people like you!

Click to view and register for a free webinar: New live webinars every other week.

Register for an online course at Solver.Academy: New courses start each month.

RASON is a mini-language you can use to quickly and easily create and solve analytic models -- optimization, simulation/risk analysis, forecasting, data mining and text mining models, and more. You can use virtually any Excel formula or built-in function in a RASON model -- and they work on cells or single values, as well as vectors and arrays of values at once.

RASON is key to deploying your model for use by others who aren't working in Excel. When you use Analytic Solver Create App - Power BI to convert your Excel analytic model into a Power BI "custom visual" (that re-solves when Power BI data changes!), it's RASON that makes this possible. If you want, you can view and modify your converted model directly in RASON.

For developers who want to create server, web or mobile apps, RASON is a natural -- much easier to work with than Excel. RASON stands for Restful Analytic Solver® Object Notation. It's a "lingua franca" easily understood by both business analysts and developers! Compared to using a traditional modeling language, using Excel alone, or writing analytic models in a programming language, it's a huge time-saver. See RASON example models.

How do RASON™ models compare to alternative ways of building analytic applications?

Create analytic models once, easily deploy them wherever they're needed. Express your model in Excel, in RASON (most flexible!), or in C++, C#, Java, R or Python code. Analytic Solver empowers you to use and re-use your models, in Excel for Windows, Macintosh, and the Web, in Tableau and Power BI, in Power Apps and Power Automate, or your own application on a server, web page or mobile device. RASON models -- understood by both business analysts and developers -- are especially easy to maintain. 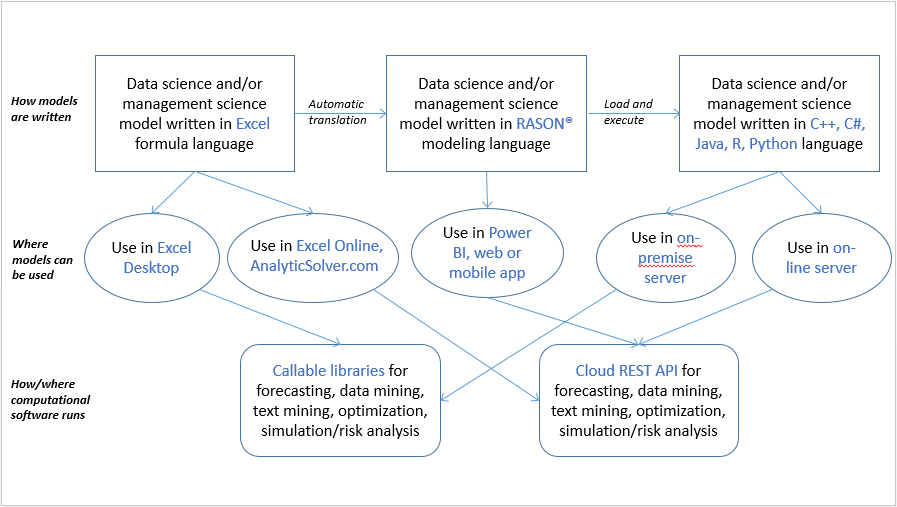 You Can Do This - We're Here To Help

Just enter your name and email address, company and phone, pick the closest "User Type," and click the Register for Download button.  You can download immediately after registering, or return later anytime -- just login with your email address. 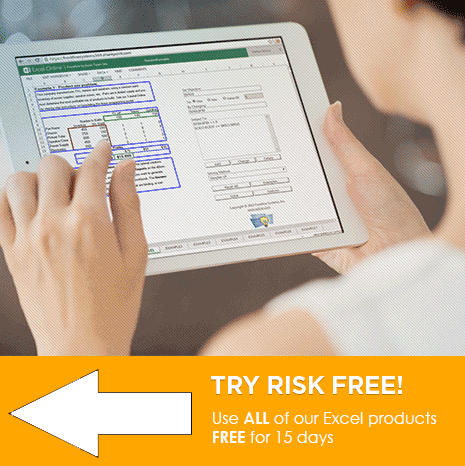 Download Frontline Solvers for Excel
(All fields are required)