The bar chart is one of the easiest plots to create. The best application for this type of chart is comparing an individual statistic (i.e., mean, count) across a group of variables. The bar height represents the statistic, while the bars represent the different variable groups. Following is an example of a bar chart. 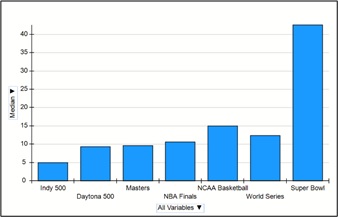 A box plot graph summarizes a data set and is often used in exploratory data analysis. This type of graph illustrates the shape of the distribution (its central value), and the range of the data. The plot consists of the most extreme values in the data set (maximum and minimum values), the lower and upper quartiles, and the median.

Box plots are very useful when large numbers of observations are involved or when two or more data sets are being compared. In addition, they are also helpful for indicating whether a distribution is skewed and whether there are any unusual observations (outliers) in the data set.  The most important trait of the box plot is its failure to be strongly influenced by extreme values, or outliers.

Median:  The median value in a dataset is the value that appears in the middle of a sorted dataset.   If the dataset has an even number of values then the median is the average of the two middle values in the dataset.

The data set has 11 values sorted in ascending order. The median is the middle value (i.e., 6th value in this case).

The box extends from Q1 to Q3 and includes Q2. The extreme points are included in the 'whiskers.' This means the box includes the middle one-half of the data. In Analytic Solver Data Mining, the mean is denoted with a dotted line, and the median with a solid line. Analytic Solver Data Mining completes the box plot by extending its 'whiskers' to the most extreme points, 52 and 120. 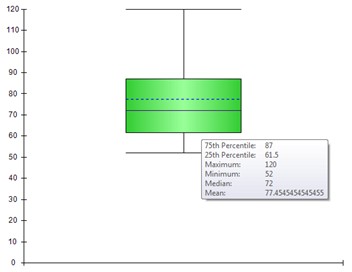 A Histogram, or Frequency Histogram, is a bar graph that depicts the range and scale of the observations on the x axis, and the number of data points (or frequency) of the various intervals on the y axis. These graphs are popular among statisticians. Although these graphs do not show the exact values of the data points, they provide a good idea about the spread and shape of the data.

Consider the percentages below from a college final exam.

The folowing graph displays the value of a histogram. This plot efficiently illustrates the shape and size of the data set above. Note: Analytic Solver Data Mining determines the number and size of the intervals when drawing the histogram. 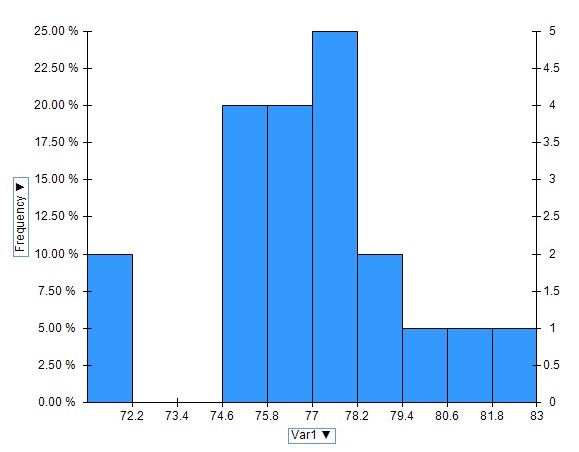 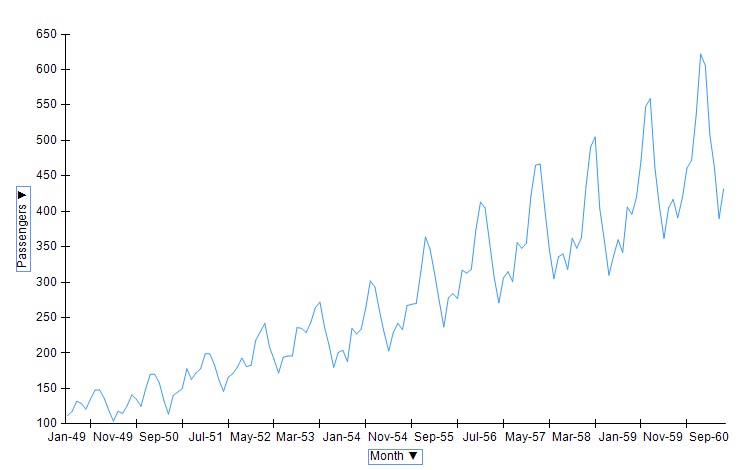 A Parallel Coordinates plot consists of n number of vertical axes where n is the number of variables selected to be included in the plot. A line is drawn connecting the values for observations for each different variable (each different axis) creating a multivariate profile. These graphs can be useful for prediction and possible data binning. In addition, these graphs can expose clusters, outliers, and variable overlap. Axes can be reordered by simply dragging and moving the axis to the desired location. Following is an example of a Parallel Coordinates plot. 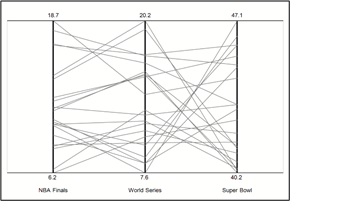 One of the most common plots is the Scatterplot. These graphs are used to compare the relationships between two variables, and are useful in identifying clusters and variable overlap. 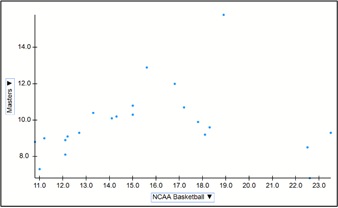 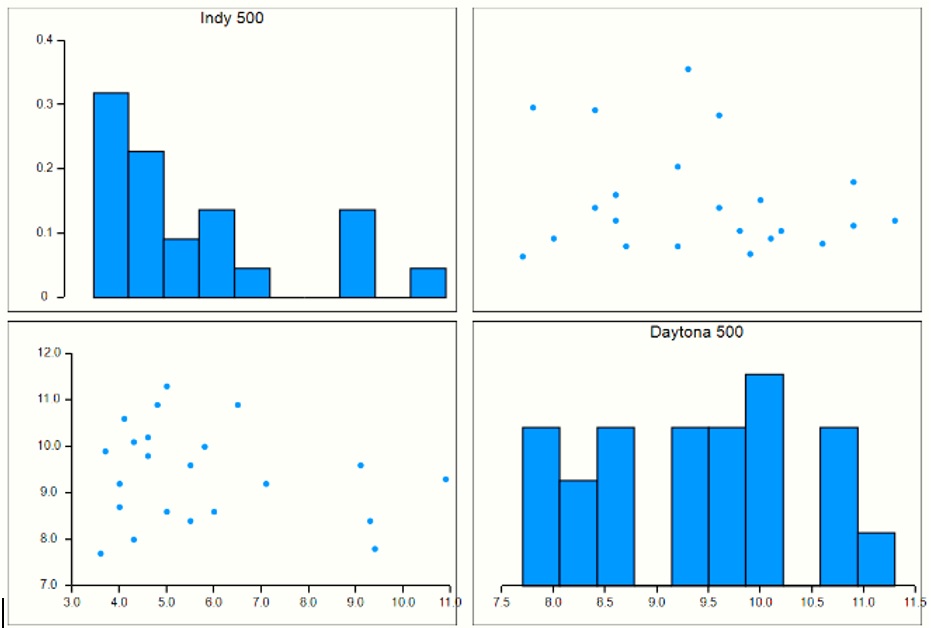 Variable plots simply plot the distribution for each selected variable. Following is an example of a variable plot. 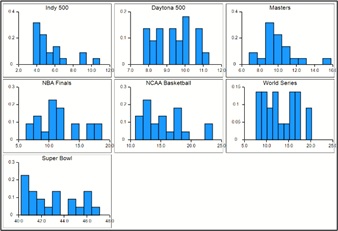 Use the Chart Wizard to export your data to Microsoft's Power BI or Tableau to explore your data using Power BI and Tableau's rich visualization features.  (This feature only supported in Desktop Analytic Solver.) 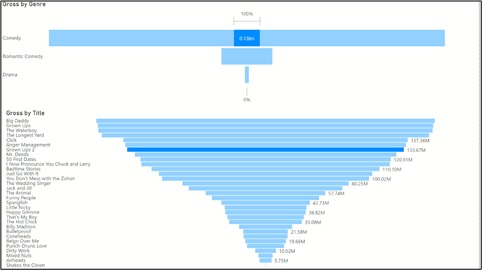